The Story by Fossils & Artefacts to Homo Sapiens 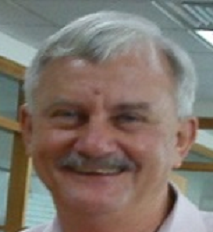 What is the origin of life? Where do we come from? What is the place of Homo Sapiens in the great string of life and evolution? We all, at some points, concerned ourselves with the question of life, the universe and all these things. The fossils contained in the geological records offer some elements of response, showing how organisms evolved from simple forms to larger, ever more complex, adapting to changing environments, progressively leaving the sea to occupy land and then the air. Nowadays, living creatures are found everywhere on the planet, including the most remote, harsh, aggressive environments.

Darwin and Russell (1859) suggested an evolutionary trend from very simple life forms, gradually increasing in complexity and resulting in Homo Sapiens, the dominant species of today. Naturally this was total anathema to the theocentric beliefs of that time.
However is Neo-Darwinism the full story?? Analyses of the complexity of proteins, cells and DNA (unknown to Darwin) by current molecular biologists raise serious questions as to the validity of Darwinism???

In my early years as a “Doodlebugger”, I have lived and worked in many countries all over the world from the dense jungles to the arid deserts and experienced many different peoples and cultures. From my interest in Geology and often in remote locations I saw curios, fossils and early human artefacts, some of which I hope to share with you today. Fossils are the History of Life. By placing these into a geological context you will see a progression to various stages of human evolution and civilisation. You will have the opportunity to see and touch these artefacts and contemplate their origin and their makers.

Michael Wilson graduated in mathematics from the University of New England many years ago. During his profession as a petroleum Geophysicist/Explorationist, he lived and worked in many countries all over the world, basically in Australia, S E Asia, North Africa, South America and North America. Initially with seismic contracting companies and later with assorted oil companies. These locations enabled Michael to collected assortment curios, fossils and early human artefacts which I hope to set in a geological context, leading to the evolution of “Homo” and civilisation of today

As on the last technical meeting, this talk includes a sit-down buffet lunch. Please let us know ahead of time if you have any dietary requirement.

People unable to join in Perth, WA, are invited to join through the webinar.

Please help us and let your friends, colleagues and followers know about our page: FESAus December 2020 Technical Event in Perth