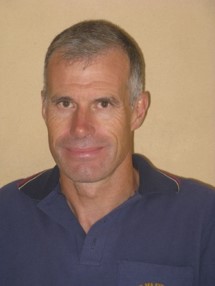 Monitoring Carbon Dioxide in the Sub-surface using Pulsed Neutron and other Logs: Theory and Practice

Storage of CO2 in subsurface porous rocks –Geosequestration-  is currently the preferred technology for reducing CO2 emissions. The concept is simple but the technical challenges can be formidable and several pilot schemes are currently operating around the world to understand the best way to implement full scale systems. Several projects are running in Australia but this talk look will mainly at the Aquistore project in Canada, which is one of the most advanced in the world. The monitoring of the CO2 ‘plume’ in the sub-surface is essential both to demonstrate that the CO2 has been properly confined and to provide data to better understand the fundamental physics and chemistry of geo-sequestration. Several complimentary well and surface based methods are used to acquire the data which is ultimately used to update reservoir models. The techniques used are invariably ones originally developed for monitoring hydrocarbon reservoirs and whilst they are not necessarily the optimum tools for CO2, the use of proven technology is the most efficient way forward. Pulsed Neutron Logs, which are generally the ‘work-horse’ of the well based monitoring programme are a case in point and to get the most accurate data on CO2 distribution means working from first principles.

The talk will be in three parts. Firstly, the fundamentals of geosequestration will be explained and in particular why the behaviour of CO2 in the sub-surface is considerably more complicated than oil or gas. Secondly an introduction to the Aquistore project will be given and it will be compared and contrasted with some other operating projects around the world. Finally, after a brief revision of neutron logging principles, the results of the well based monitoring programme will be presented and their relevance to Australia will be discussed.

Martin Kennedy is an independent consultant specializing in petrophysics who has been based in Perth since 2008. He is a regular contributor to FESAUS events. Martin has published a number of papers and recently published a text-book on petrophysics, prosaically titles “Practical Petrophysics” and has also co-authored with Malcolm Rider the most recent edition of “Geological Interpretation of Well Logs”. Prior to becoming a consultant Martin was Chief Petrophysicist at Woodside and before that held the same role for Enterprise Oil in London. He has also worked for British Gas, The UK Government, AEA technology and started his career as a logging engineer with Schlumberger.