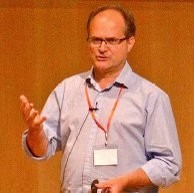 The Northern Carnarvon Basin has a long and complex rift history.  The sedimentary record is a response to active faulting, rift-related uplift and subsidence associated with each of those events.  Given the complex nature of the deformation, the sedimentary record is likewise varied.  Late Carboniferous – Permian rifting provided the structural template for much of the subsequent deformation, but sediments associated with this event can only be observed around the margins of the basin.  Post-rift subsidence created space for the accumulation of thick sequences of Triassic sediments in a sag basin in which subsidence and sediment supply were finely balanced.  The area of sag extended into the adjacent Roebuck Basin, but is also surrounded by areas of active tectonics.  Early to Middle Jurassic extension was focussed in marginal basins and in the western part of the Exmouth Plateau, allowing deltaic and shelf margin sedimentary systems to prograde from the Roebuck Basin, with the result that much of the western part of the Exmouth Plateau was sediment starved.  Plate reorganisation in the early Cretaceous resulted in a significant influx of sediment from the south, drowning previously exposed fault block crests, this time with limited sediment supply in the east.  The distribution of uplift and erosion associated with final break up in the Valanginian is sporadic and raises some intriguing questions.  While the subsequent passive margin primarily records a transition from clastic to carbonate sedimentation, associated with the progradation of carbonate shelves, parts of it appear to be associated with strong bottom currents that may or may not be related to some of the compressional events that have punctuated the evolution of the passive margin.

Chris Elders has a BSc and PhD from Oxford University, and spent four years working for Shell as an exploration geoscientist in the Netherlands.  He then moved to Royal Holloway, University of London, where he spent 20 years running an MSc in Petroleum Geoscience.  In 2013 he moved to Perth to join Curtin University where he has enjoyed getting to grips with the fascinating geology of Australia’s continental margins

Please help us and let your friends, colleagues and followers know about our page: FESAus December 2018 Technical Event