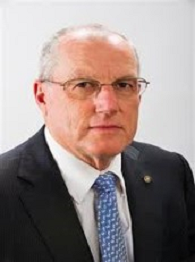 Gerry McGann will discuss some challenges to the Australian and International Oil and Gas industry. As Australia’s 10 Bcf of gas/day is heavily biased towards LNG export, the rising competition from the US LNG industry is not overlooked by senior execs in Oz, but probably goes unnoticed to the working Earth scientist/Petrophysicist. The much cheaper US feedstock, cheaper infrastructure and new SuperPanamax LNG ships are already translating into downward pressure on worldwide LNG prices and this will impact future jobs and lives in the Australian industry. The average taxi driver in Australia would tell you that Australia is self-sufficient in oil. Not only is this far removed from reality, with hydrocarbon liquids being our biggest import over the last decade, but Australia has one of the lowest strategic reserves in the world. McGann will discuss some of the strategic implications, as well as the outlook for medium term crude pricing. Climate concerns have remodelled investment and strategic direction in the energy business over the last decade, putting significant pressure on past funding models. We know the climate is changing and we hear from sceptics that ‘the climate has always changed’ but they give very little background on why and when. McGann will explain the (shorter) climate cycles that impact humans from a dispassionate geologist’s viewpoint. He will then explain the science behind the little understood multiple climate models that are the basis of the IPPC reports.

Gerry McGann has over 40 years’ experience as a petroleum geologist, working on all five continents. He has discovered oilfields in Australia, Middle East and the North Sea. Gerry was with Oxy for 15 years and was one of only four Chief Scientists in Baker Hughes before he returned to Australia in 2001. He was founder and MD of ASX listed Incremental Petroleum in 2004-2009 and was also founder and Managing Director/Technical Director of Incremental Oil and Gas in 2010 until the present.

McGann was joint founder and inaugural president of FESAUS and has been president of the London and Aberdeen Chapters of SPWLA. He has been an invited speaker at SPWLA Annual conferences on two occasions and has presented to FESAUS on about 5 different occasions in recent years and was convener of recent Masterclasses. He has published 14 technical papers and is a certified petroleum geologist with the AAPG.

As every month, this event includes a sit-down buffet lunch.  Please let us know ahead of time if you have any dietary requirement.

Please help us and let your friends, colleagues and followers know about our page: FESAus December 2019 Technical Event in Perth

You can also share the below link in an email or on your website.
https://www.fesaus.org/civicrm/?page=CiviCRM&q=civicrm%2Fevent%2Finfo&id=145&reset=1
empowered by
CiviCRM
Scroll to top